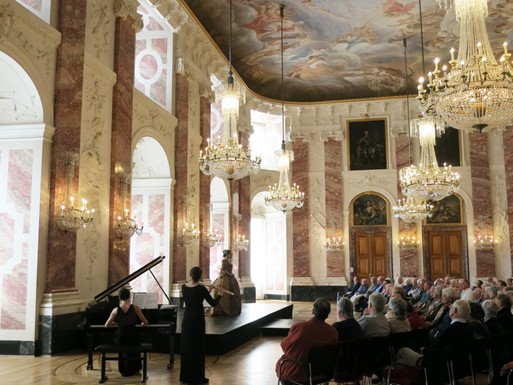 It was a particular thrill to perform in Mannheim Castle - a venue Mozart visited and performed in four times, including as a child when he visited with his Mother, Father and sister Nannerl.  As well as performing arias and ensembles from Mozart's operas Philip Blake-Jones joined the pianist Jenny Trew to perform a movement from a piano duet Mozart composed to play with his sister.  The singers appeared in 18th century costume for an added impact in the wonderful setting.